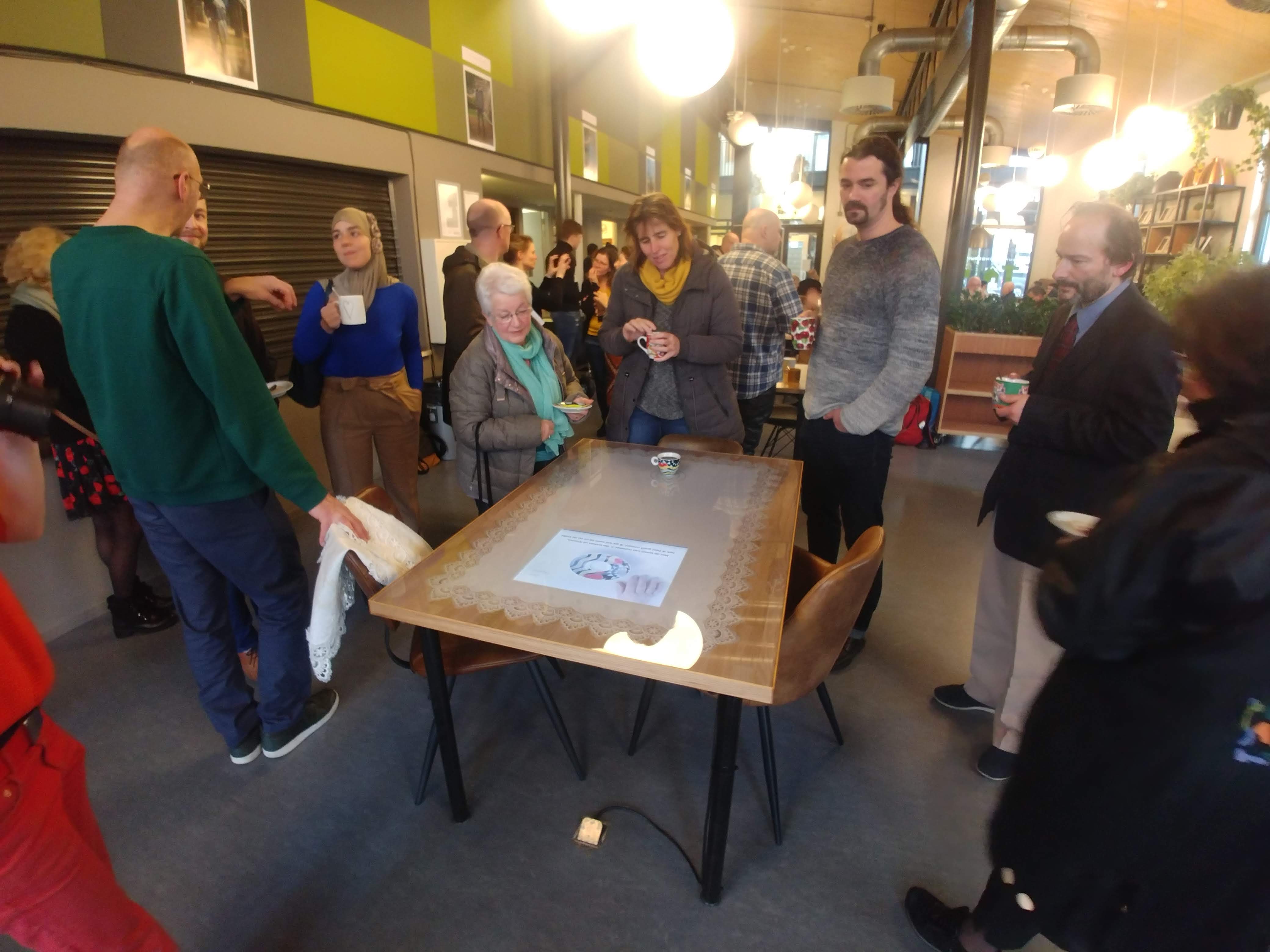 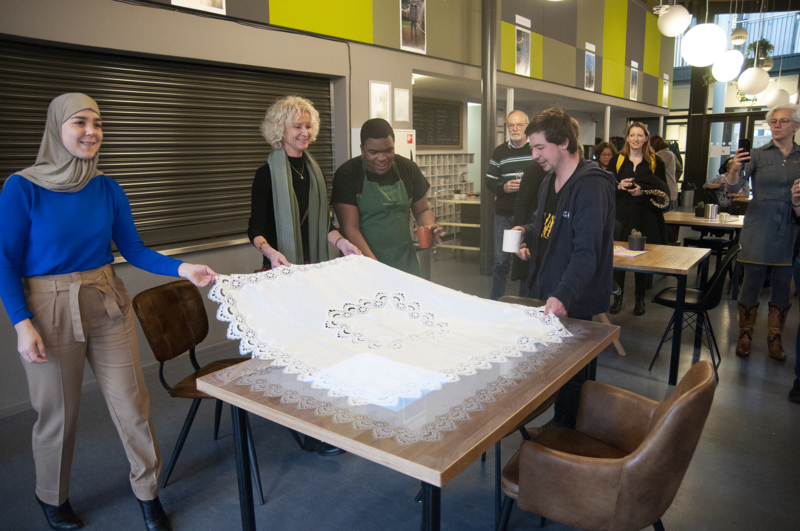 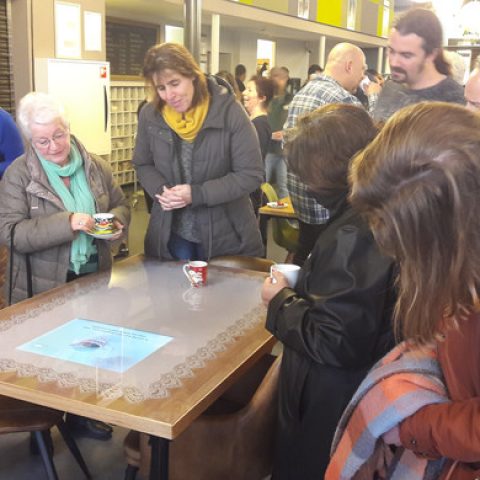 With “Koppen van de Kuidenbuurt”, Tilburg Cowboys improved the connection between inhabitants of the Kruidenbuurt. Residents donated a coffee cup to the project and were filmed drinking from it one last time.

These videos and cups were transported to the local community hub, where visitors could drink coffee from a cup that used to belong to one of their neighbors. Placing the cup on the interactive table would show the video that belonged to the cup on a screen built into the table.

My role in this project was to help out with the interaction design, and to build the interactive system that would show the videos. I had an RFID tag stuck to every cup, with a reader hidden in the table. The system would then show the corresponding video on the screen.

The main challenge in this project was to make a very stable, foolproof system that would run for a long time with little maintenance, and allow for maintenance by amateurs. Currently the table has been in use for 2 years without any issues.

The project was revealed by councilor Esmah Lahlah, city council member José Appels, and the residents of the Kruidenbuurt.